His Wisdom vs. Our Wisdom

1 Corinthians 1:26-31
Brothers and sisters, think of what you were when you were called. Not many of you were wise by human standards; not many were influential; not many were of noble birth. But God chose the foolish things of the world to shame the wise; God chose the weak things of the world to shame the strong. God chose the lowly things of this world and the despised things—and the things that are not—to nullify the things that are, so that no one may boast before him. It is because of him that you are in Christ Jesus, who has become for us wisdom from God—that is, our righteousness, holiness and redemption. Therefore, as it is written: “Let the one who boasts boast in the Lord.”

In this passage Paul says, “Think of what you were when you were called.” Most of us were probably not notable according to the world’s standards. We were not born into wealthy families. We might not claim a huge social media following or have achieved multiple degrees that mark our intelligence.

But God does not choose His children because of their outward appearance or status: “God chose the foolish things of the world to shame the wise.” What does this have to do with the gift of wisdom? Paul is reminding us that God’s wisdom and His way of thinking do not align with ours. What the world admires is not the same as what God holds valuable.

In saying yes to Jesus and being made new, we have been given access to His divine wisdom. Through Jesus, we are made right with God and set apart. We are holy! If we are to boast of anything in this world, we are not to boast of our wealth, degrees, or popularity. Our value is based solely on our connection to Jesus. In Him, we are chosen and given wisdom, confidence, and a certain future. 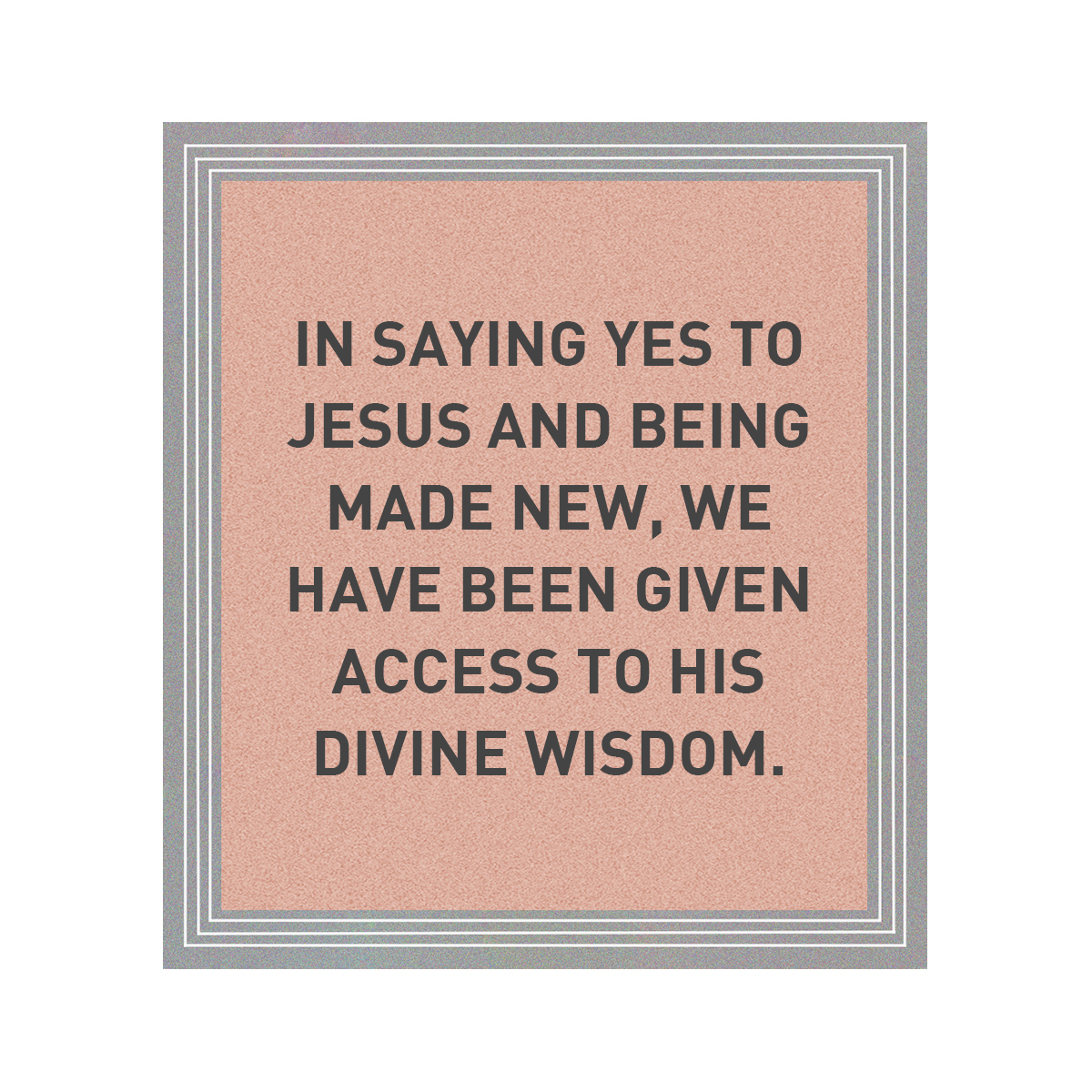 Thought of the Day: Thank God today for the precious gift of wisdom given to us through Jesus.

Prayer: God, help me to see Your ways and make wise decisions. Help me to know when I ask You for wisdom, You will grant it. Help me to believe You always desires the best for me. In Jesus’ name, amen.

What Do I Do When I Don’t Know What To Do? | Matt Rawley